Seven-year-old Jay Newman handwrote his application letter to be an assistant to Denise D’Ascanio, Activity Coordinator at Oak Park LaSalle Retirement Residence. In it he said, “My experience is limited to piano, hockey and t-ball but I have a special love of old people and always like to help.” 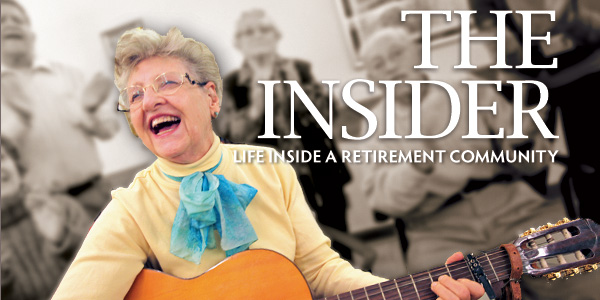 What Jay lacks in experience, he absolutely makes up for in enthusiasm.  “I feel like it is nice to help people,” Jay explains. “Every time I walk in the front door, I get excited to be here.”

Jay’s frequent visits bring not only company and companionship to his own great-grandparents Eugene and Margaret Dupuis who have been residents at Oak Park LaSalle since August 2009, but to all of the residents he interacts with at the community.

According to General Manager Julie Curtis, Jay has been a “volunteer-in-training” for some time participating in a variety of activity programming including board games, puzzles, crafts and bingo.  He is even ‘apprenticing’ as a magician with one of Oak Park’s residents, with a magic show in the early planning stages.

Jay’s fondness for seniors, and helping others, has been fueled in great part by his close relationships with his family including his mother Jennifer Newman, his grandmother Barb Poulin, and his great-grandparents.  “I think Jay knows more people here than I do,” says Jennifer. “When we walk down the hall, everyone knows his name and their faces light up to see him…Sometimes on the drive home, he’ll mention something about a resident–like how doing something differently might make things easier for them.  It is clear that this is more than just playtime for Jay.  It’s about the individuals themselves and how much he cares about them.”

An extra scoop of ice cream

With his name badge on, Jay considers himself one of the team and even participated in the Christmas potluck dinner.  He even has a little pull in the kitchen that occasionally results in an extra scoop of ice cream.  “We couldn’t do what we do without our volunteers,” says Julie.  “But there is definitely something special about Jay and it is not just his age.  You just know that he will always be person who makes a difference in the world doing for others.”

"People Making a Difference" is available in all Chartwell retirement residences and long-term care homes.