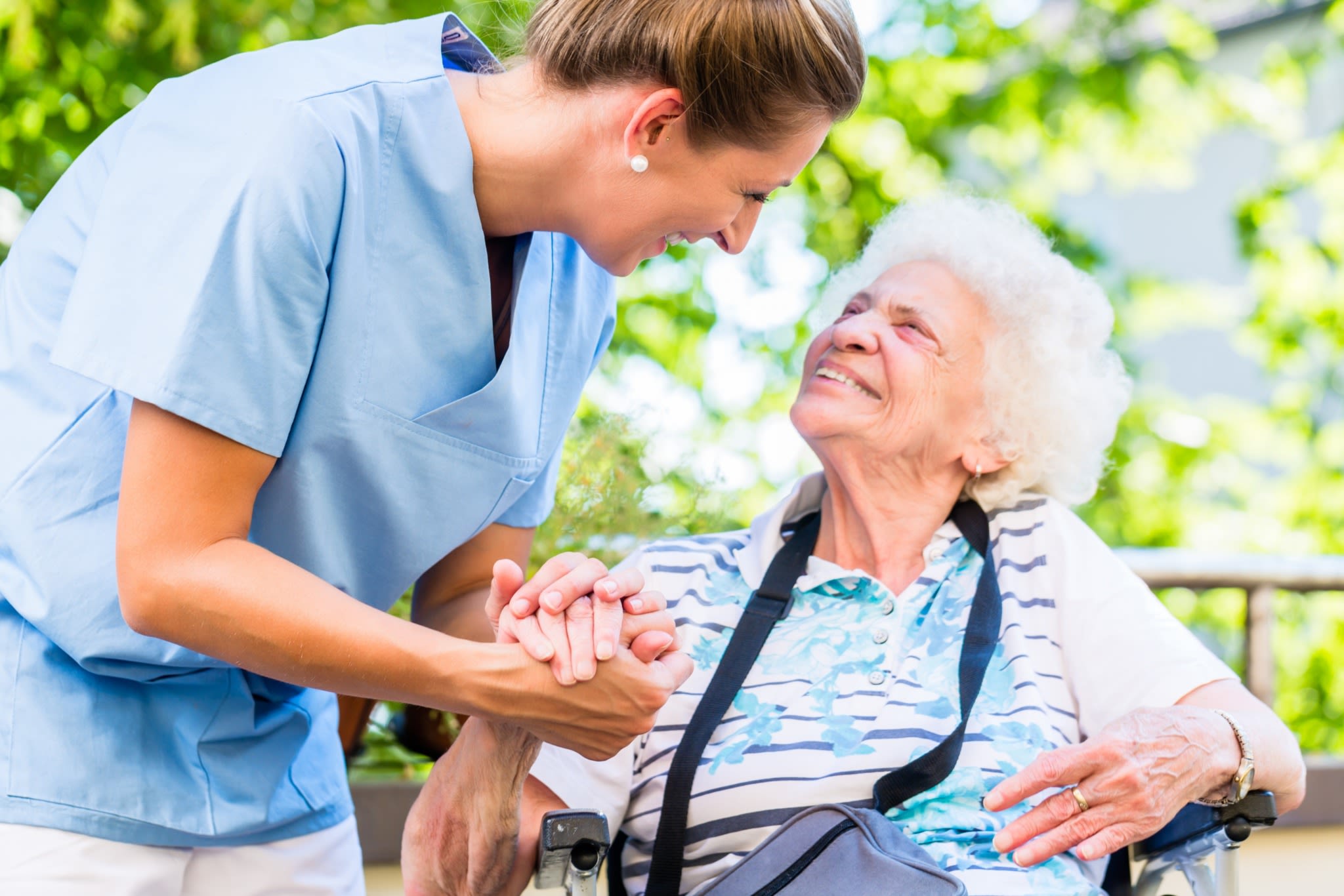 Dementia is a complex term that is often given as a general diagnosis for any decline in a person’s cognitive ability. Dementia is not a disease but rather a group of symptoms associated with memory loss and cognitive decline.

Because so many people in care homes have dementia, many will assume that all the residents in need of care have dementia.

However, this is not always the case and leads to several common myths and misconceptions about dementia.

1. Misconception: Dementia is the same thing as Alzheimer’s disease

Many people think that there is no difference between dementia and Alzheimer’s disease and will often reference the two interchangeably.

Alzheimer’s disease is a type of dementia and is the most common form of dementia, which is why there is a misconception.

Dementia is not a disease but rather a group of symptoms, and Alzheimer’s is categorized as a disease. A good way to separate the two is to say, “Alzheimer’s disease or other forms of dementia.”

2. Myth: Everyone has the same type of dementia

Since dementia is commonly the only diagnosis listed in a resident’s chart, it is assumed that everyone with dementia has the same symptoms or the same type of dementia.

Each of these diagnoses has its own distinct set of needs. Approaches to the way we deliver memory care will require adjustment based on individual assessment.

"This persistent stereotype runs the risk of giving an early diagnosis of dementia to a person merely by associating a person's symptoms to their age."

3. Myth: All older adults have dementia

Old age has several of its own set of myths and misconceptions, one of them being that everyone that grows old will lose their memory.

Popular phrases like, “I’m having a senior moment” or “You can’t teach an old dog new tricks” promote offensive stereotypes of what it means to grow old and have left many people thinking that dementia symptoms are a normal part of ageing.

Older adults who require assistance in their Activities of Daily Living (ADLs) – also known as assisted living – are sometimes referenced as being a lot like children. Even if we can find similarities in care provision, it doesn’t mean that residents should be treated like children.

One way to alter this perception is to change the words we use. For instance, at mealtimes, residents who need feeding assistance are regularly told to put on their bibs. Instead of using the word bibs, closely associated with a feeding tool for babies, reference them as ‘clothing protectors’.

As Activity Professionals, it is important that no matter the resident’s functional level, we provide them with respectful and dignified activities. Colouring is a popular activity for residents, which offers several benefits like reducing stress. Choosing age-appropriate images is important in this activity.

(If you are interested in colouring books for seniors, check out this collection here)

5. Misconception: People with dementia can’t speak for themselves

Have you ever noticed a family member or staff person talk about or answer for a resident while they are sitting right there?

Not every resident can answer for themselves, and those who can’t will, of course, need assistance in communicating. However, what often ends up happening, particularly to residents who are further along in their dementia, is that people will begin to speak for them.

While this comes from a good place, it can quickly take the independence away from the resident. Even residents with advanced dementia can often make decisions if we change our communication approach and give them more opportunities to understand what we are asking.

Making decisions or speaking for them might make everything easier, but it does take away from their autonomy; where possible, all residents should be given a chance to speak for themselves.