Stories, speeches and shares that inspire

The pandemic brings out the best in the best people. Too often, stories of people's positive responses to the situation have been overshadowed by other news. Here's a look at inspiring stories, speeches, and more, from inside Canada's retirement homes.

CBC carried a wonderful story about Makhena Katerie Rankin Guérin, a health care worker at Symphony Senior Living Orleans who shared her love for traditional dancing with seniors there. "She's definitely going above and beyond right now to try and make sure that these people feel the love," says executive director, Jodi Davidson. Indeed! She loved her people so much she chose to move in with them!  Read Guérin's story or watch the interview below. Another true health care hero!

"I knew I could do it, and I’ve done it," said John Hillman, after completing his goal of 101 laps around his Oak Bay retirement home. Hillman, aged 101, completed the laps over a two week period, raising much more than his goal of $101,000. The money he ended up raising, over $160,000, is going to Save the Children Canada. He finished his goal on May 16th.

Read about Hillman's completion of his goal, after already having reached his donations goal. ("I’m determined to do them, it’s in my nature," he told Global News.) If you're inspired by Hillman's story, you can still contribute here.

Hillman was inspired by the example of fellow veteran, U.K. Capt. Tom Moore, who raised more than £33 million (C$57 million) for Britain’s National Health Service by walking laps of his garden. Moore has become a hero to Britons since completing his goal, and has been knighted in honour of his achievement*.

Joy Saunders of Lunenberg, NS, despite being "nearly blind" and 101, also started using her daily walk for a good cause, in early May. "I felt I wish I could do something" in the face of the pandemic and the mass shooting that affected so many Nova Scotians. She was inspired by Moore, she told CBC's Maritime Noon. "I thought, 'Well, you know, I can do that.'" Now, she has begun.

There's also Jim Ashworth, another 101-year-old Canadian, from Invermere, B.C. The first weekend in June, Ashworth finished his personal goal of walking 101 blocks for the local food bank. He's inspired by both Hillman and Moore. In fact, all three centenarians are World War II veterans and recipients of the Burma Star. "Positive thinking is big with me, it has been for some time," said Ashworth. "I'm going to keep right on going. Here, we are lucky as all get out, and I'll do whatever I can to keep going." To contribute to Ashworth's cause, visit 101 blocks for $101,000 for the Columbia Valley Food Bank.

Transformed by the pandemic 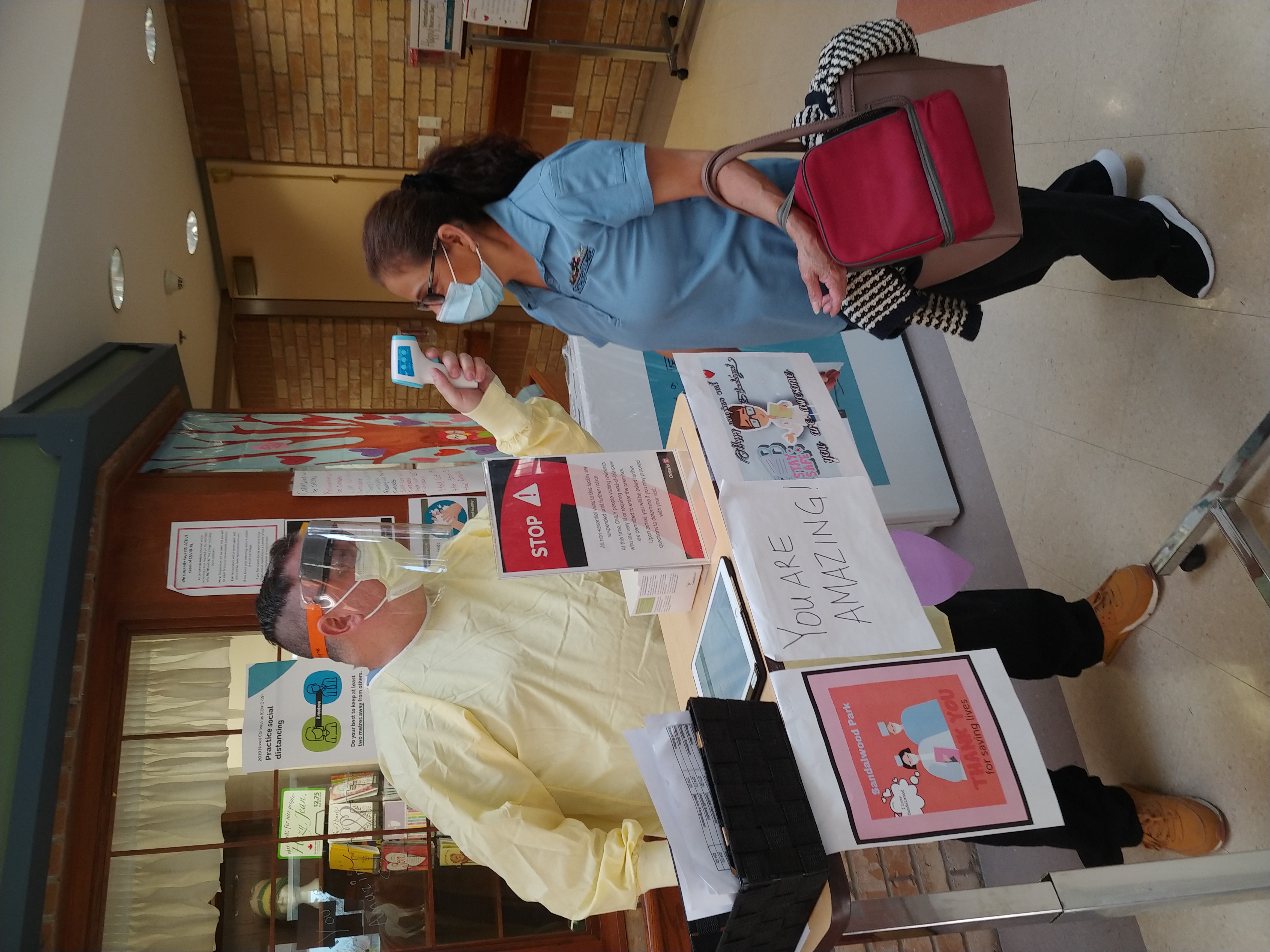 When Wayne Barr was laid off from his job during the initial shutdown, he reached out to the recreation director of a local Schlegel Villages' long term care community. "I don’t care about money," he told her. "I just want to be doing something and this could be a good opportunity for me to put my time to good use.

"My goal was to come here and help out," he says now, though he has also gained a new perspective on the world of long-term care. He’s not sure he’ll ever go back to a time when he isn’t involved in the lives of older adults. With the challenges revealed under COVID-19, he's seen firsthand the importance of the sector, and the great need to help residents live the best lives they can. Wayne is proud to be part of this now, and he says he’ll always be an advocate. "I tell my friends and family, 'come here and volunteer and you will get a different perspective.'"

Megan Newbury, the community's director of nursing care says, "He's so positive, energetic and a team player, always willing to help ... he just aligns so perfectly with our Schlegel mission, vision and values."

The Ear Saver: courtesy of Delmanor's own Ingrid!

Ingrid, whose daughter works on the front line in a hospital, realized a small but fussy need she might be able to help with. Combining her passion for crocheting with a desire to help, the Delmanor Northtown senior invented ... The Ear Saver! Front line care workers must wear masks all day and they're quite uncomfortable, causing irritation and chafing behind the ears. With its simple construction and comfortable fit, the The Ear Saver offers instant relief. Check out her invention below, or read the Delmanor blog post.

Fay Kuzmar turned 100 in December of 2020. One of the original Mary Kay sales people, she still has customers. Her story was so inspiring, it was covered by Global News.

Coach Reg has an inspiring message for everyone! Guts... and teamwork! Yes sir!

P.S. Reg is one of our favourite "take things head on" seniors, here at Comfort Life.

Preparing For Your Move