From rust bucket in a field to eye candy on the road, ’53 Chevy truck is restored to glory 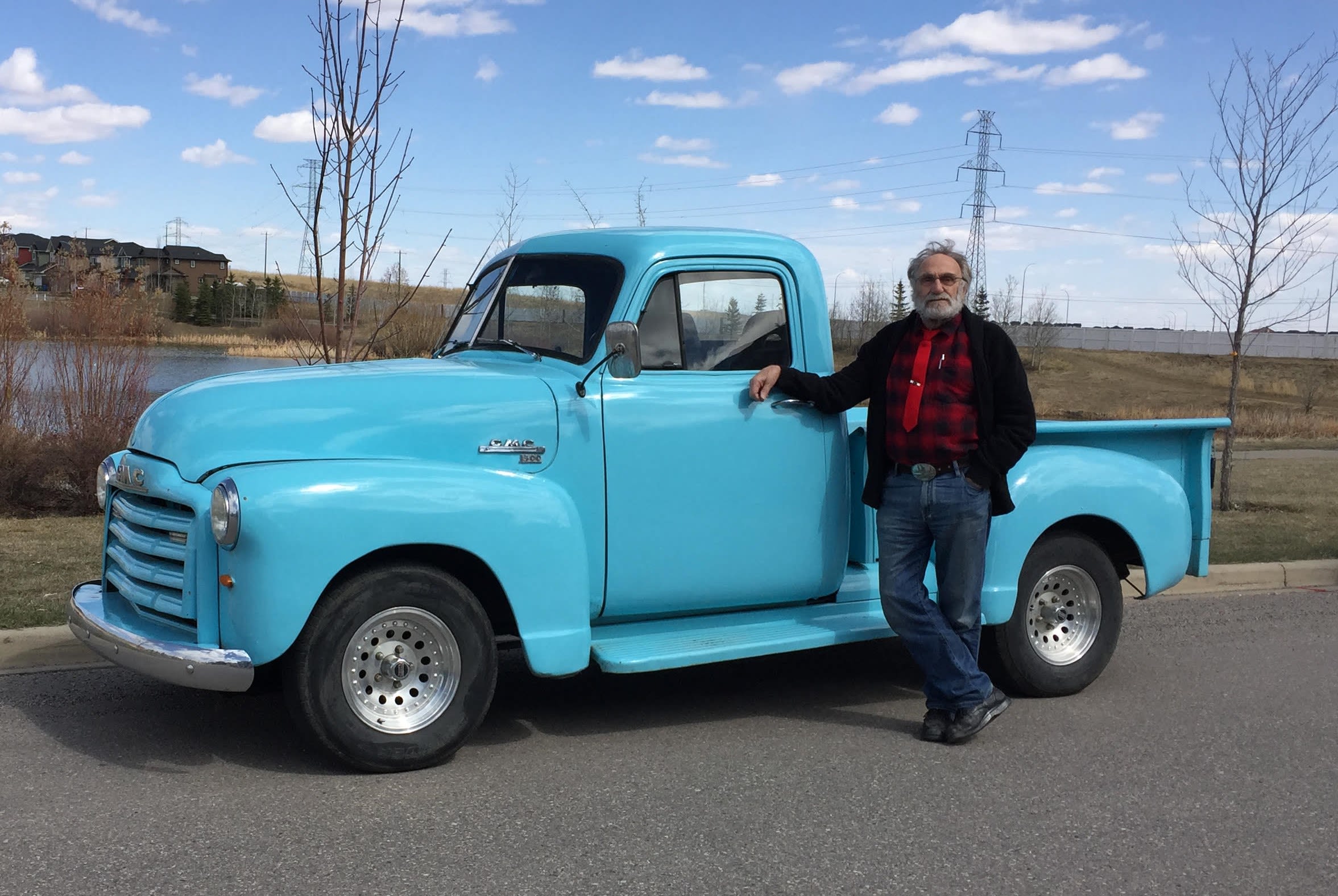 When Evanston Summit resident Lou Kimpe drives around Calgary, he attracts a lot of attention. Or rather, his ride does. The robins-egg-blue 1953 GMC half-ton truck looks like it has spent the last six decades lovingly maintained indoors, but the reality is, it sat out in a field exposed to the elements for almost half a century.

“I came along and told my brother, ‘I’m going to restore that truck.’ My brother said, ‘What in hell do you want to do that for?’, and I said, ‘It’ll give me something to do.’” And so, Lou had the truck hauled down to Calgary and over the next four years worked in his garage to restore it to the beauty it is today.

His biggest cost was in time. “I didn’t go down to the local store and buy a motor and buy other stuff,” says Lou. “I’m not a person who has a show car. I have to be able to drive it. Brakes, motor, transmission, body work, I did it all; except the paint. I did the primer, then had the paint done by a professional in a paint booth.”

Lou grew up on a farm and his facility with fixing things grew into his profession as a heavy-duty mechanic. “I worked for a trucking outfit in their shop doing maintenance, repairs, and modifications on those big green trucks that pack cars around.” He says.

“The mechanic thing just happened. Back then you’re working and didn’t have any money. I’ve never had my vehicles in a garage for work.”

Lou’s “first hotrod” was a Model A Ford that he worked on in his 20s while he was in the air force. He’s also restored a 1957 GMC pickup, a 1957 Pontiac, a 1938 Chevy Business Coupe, and a couple of other classics. He sold a few, and his son who lives in Crossfield (half an hour north of Calgary) has already “ripped off” the ’57 pickup and the Pontiac, and his oldest grand-daughter has laid claim to the ’53 GMC truck – when she’s old enough to drive.

One of Lou’s favourite activities is to attend small scale vintage car shows with one of his four grandkids. “People there like the fact that you did the restoration work,” Lou says. “I like people who do it themselves.”

Would he take on another classic car restoration? “Sure. If I could,” says Lou, who will be 87 in June. “But I’m getting too old for this foolishness. My knees don’t like bending down anymore, and my fingers are getting too grumbly.”

Lou’s wife passed away in 2016, and in September 2019, he decided to move into Evanston Summit. “I got tired of mowing grass, picking weeds, shoveling snow, and eating my own cooking,” he says. “They’re a great bunch here.” Besides, there’s room for his sweet ride in the underground parking lot, where he keeps it protected all winter long.