Two University Students Move Into & Volunteer at The Vineyards Residence 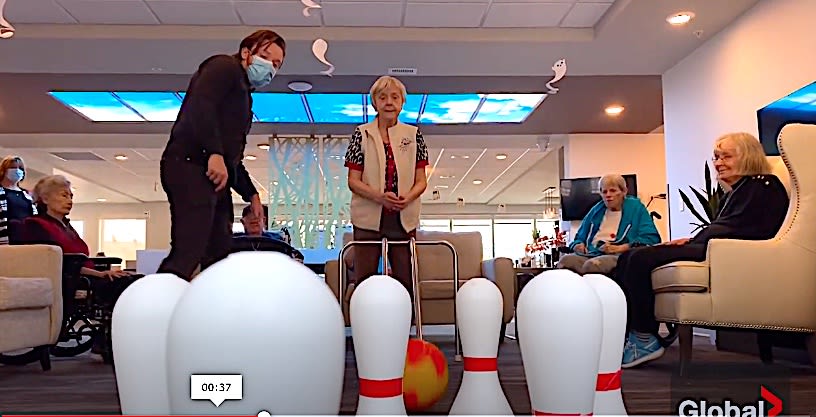 When The Vineyards Residence long-term care facility in Glenmore was built during the pandemic, the design plans included some dorm housing.

“This is something that’s done in Europe,” said Jenelle Hynes, community relations and marketing manager with The Vineyards Residence.  “I don’t know of anybody else that is doing this.”

The dorms can accommodate up to four students in the five-storey facility.

“We have 134 units for our residents and then we have four dorms on the lower level,” Hynes said.

The model has the students paying a significantly reduced rent of $500 a month in exchange for a minimum of 10 hours of volunteer work.

“It’s a dream come true for Paul and myself,” said Marshall.

The two volunteer in the facility’s recreational program. “Bowling, baking … we made little pumpkin pies a while ago. We did sugar cookies,” Marshall said.

“They’re doing one-on-ones, it’s maybe they take them for walks or they’re looking through a photo album,” Hynes said. The duo even started a bi-monthly men’s club.

In addition to volunteering, the arrangement is also leading to employment opportunities for the student.

“They’re able to fill in, help in with housekeeping, help in the kitchen,” Hynes said.

“It’s great because they both have backgrounds in the kitchen as well, so that’s been phenomenal.”